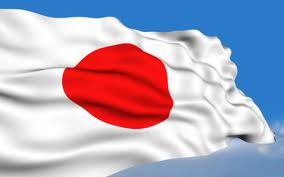 Inspired by “The ski word association” thread, and my own need to up my studying a notch, this is set up for those who care about how the Japanese refer to skiing. If you study Japanese, or just get a kick out of other languages, please feel free to add, respond and/or correct me as I’m just a student myself. I will take requests, however please don’t turn me into an online dictionary. Also, please add your humor… that’s the point afterall.

Yuki ga huru/furu. It’s snowing. Followed by an example in use.

Rules about the phonetics… (sorry, but it must be said.)

Japanese is made up of three syllabaries;
Hiragana; ひらがな Note the curves. (one symbol / one syllable) Used to write Native Japanese words. Has 48+ phonetic symbols.
Katakana; カタカナ Note the sharp angles. (one symbol / one syllable) Used to write words borrowed from other languages. Has 48+ phonetic symbols different from Hiragana.
Kanji; 漢字 Chinese characters used in Japanese writing. Being able to read about 1,945 characters will consider you fluent and able to comprehend a newspaper. (Many highschool students in Japan are not yet fluent in Kanji. That learning curve never ends.) And to really piss off the foreigner, those characters often (if not usually) have more than one word/meaning/phonetic.

Okay, now that the boring yada-yada is over, let’s go…
Again, please add your humor, insert your jokes, etc…

This site uses Akismet to reduce spam. Learn how your comment data is processed.